Arachova, a small town on the southern slopes of Parnassos mountain, is known today as a skiing resort. But in 1987 when a small group of weavers from Scotland, Finland, Zimbabwe and Greece headed north (from Athens) it was to learn how to naturally dye yarn the way Frosso Haritou had been doing all her life.

In Arachova, there were still a few traditional rug weavers and Frosso was one of them. She was dyeing all the wool she was weaving with, using plants from the area, except for the blues and reds which were dyed with chemical dyes. 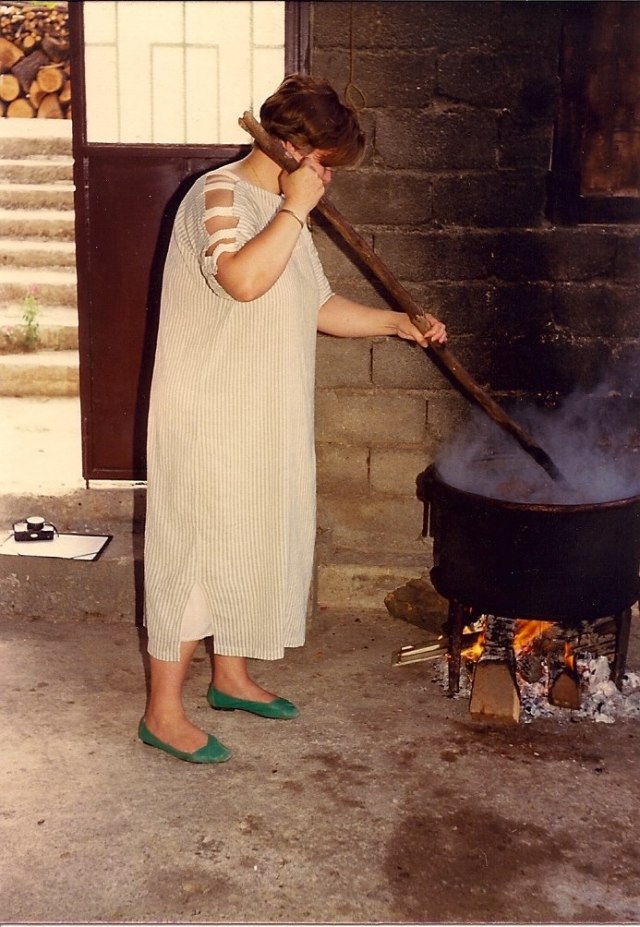 When we arrived, all the plant material was already collected by Frosso, so after preparing the skeins of wool we started the dyeing procedure. We used walnut, broom, pomegranate, inula, onion skins, flowering ash and eucalyptus. 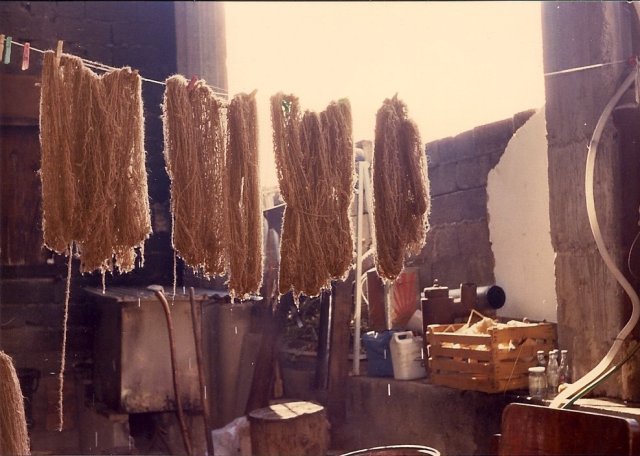 During the five days we stayed in Arachova we managed to dye a lot of yarn, to take with us and for Frosso to use in her weaving rugs for her shop. It was quite an experience because I had never participated in dyeing such big quantities of wool. My needs for coloured yarn were always more modest.

While we were dyeing the yarn, Frosso’s mother was sitting with us. She was not weaving anymore but she was still spinning. See the next blog post in a few days.