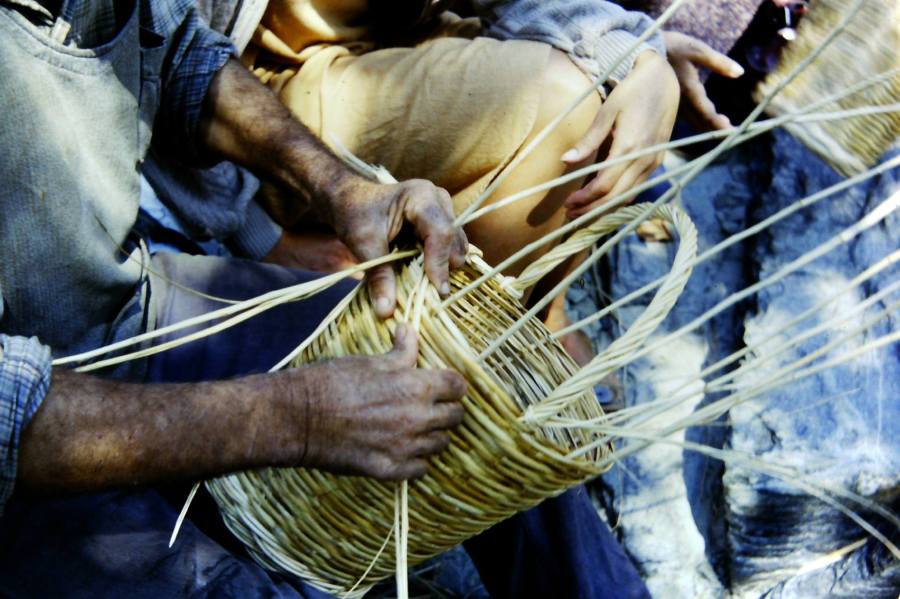 In the summer of 1979 my parents were on vacation on the island of Tinos. I visited them and we all drove around exploring the island. My parents were known for always trying to see every corner of the places they were visiting. 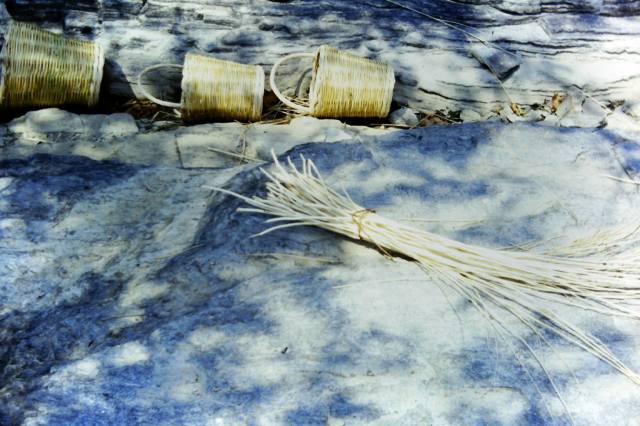 One day, just outside the village Agapi (‘agapi’ means ‘love’ in Greek) we looked down at a ravine and saw a man sitting near the water. We approached him and found out that he was weaving baskets. It was shady and cool down there and we spent some time with him, following his way of working. 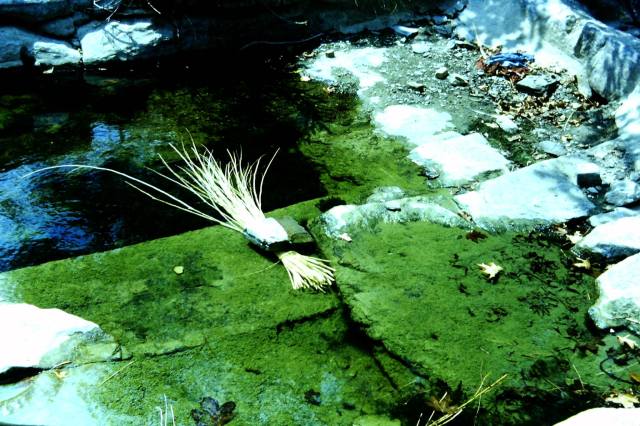 After stripping thin branches of their outer layer, he was soaking them in water to keep them supple and easier to use in his “over-one-under-one” work. 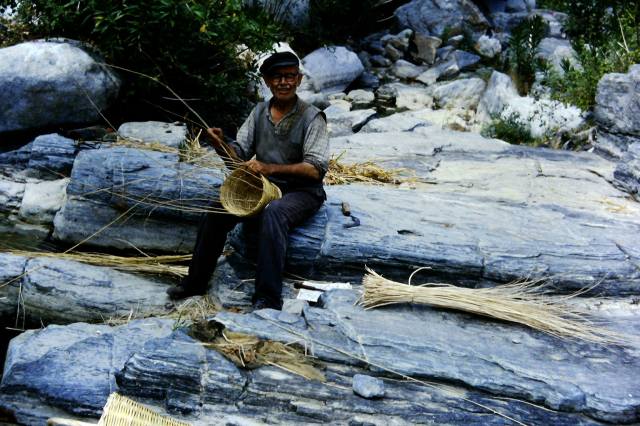 We bought some of his baskets, including the one he was working on, and then he invited us to his house to drink some of his wine. The wine was excellent!

As it often happens in small places, where people are better known by their nicknames than by their real ones, we were told that his name was ‘Selinos’. Was it from the word ‘selino’ (celery) or ‘selini’ (moon)? We never found out. But we did find out that he was known not only for the baskets he was making but also for enjoying drinking a lot of wine…