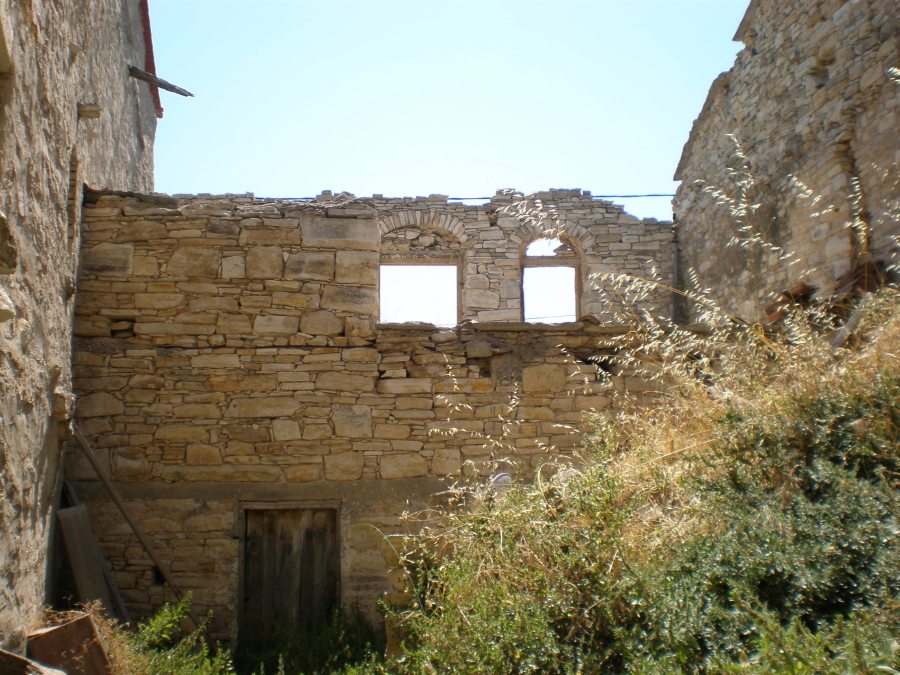 The weather is still very good in my part of the world, southern Chios island, Greece. It is sunny and quite warm, perfect for spending time outside. And that’s exactly what I did this morning, I spent some time walking around in my village and looking at the ruins. 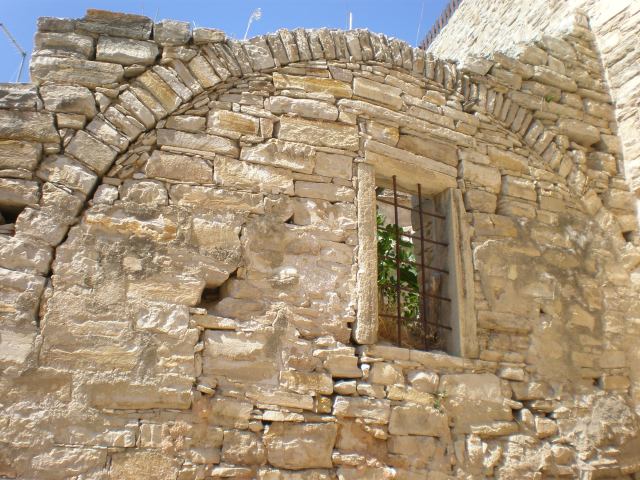 By studying the half demolished old houses I can see the work of the old craftsmen who built them by cutting each stone by hand, carrying it to the building site, assembling the stones to form a wall, then doors, windows, steps, floors, ceilings, etc. I can see the building techniques used so that the walls could support at least one extra floor. I can also see that different stones were used for the doors and windows, big slabs of stone for the floors and steps. The hand of the craftsman is present on every stone. Often, we can see some additions and repairs done on the original building at a later time.

Older people in my village have told me that everyone was working in the building of a new house. After all, just to give the right shape to every stone used and to carry all the very heavy building material to the building site, a lot of people and animals were needed.

Many of the ruins belong to people who do not live in Greece anymore or have moved to Athens. Their parents and grandparents left the village many years ago. Often, a house is owned by many people who do not even know each other, they are just coming from the same family a few generations back. In one case, the space of the ruin has been taken over by the neighbours to create a green spot in the middle of our stone village.

After studying the “raw” stone walls of the ruins, my walls have another meaning. I can picture the craftsmen around 1740 trying to cut by hand and fit the stones together to build my house. How many were they? Where did the stone come from? How long did it take to build the house? Who was the owner? Did he have a big family? Did they live happily in this house?

2 thoughts on “Ruins in my village, Chios island, Greece”